Does it ever feel like too many things need to be done at once? Are you reactive, choosing to work on anything because it seems like getting something done is better than not getting anything done at all? Does it seem like no matter how busy you are things keep piling on?

If this sounds familiar you may be stuck in the “everything matters equally” trap. This is when we complete any particular task, because we think everything on the to-do list needs to be handled ASAP. The problem is, when everything is given equal importance, outcomes don’t get factored in as they should. Doing more doesn’t mean you’re being more productive. 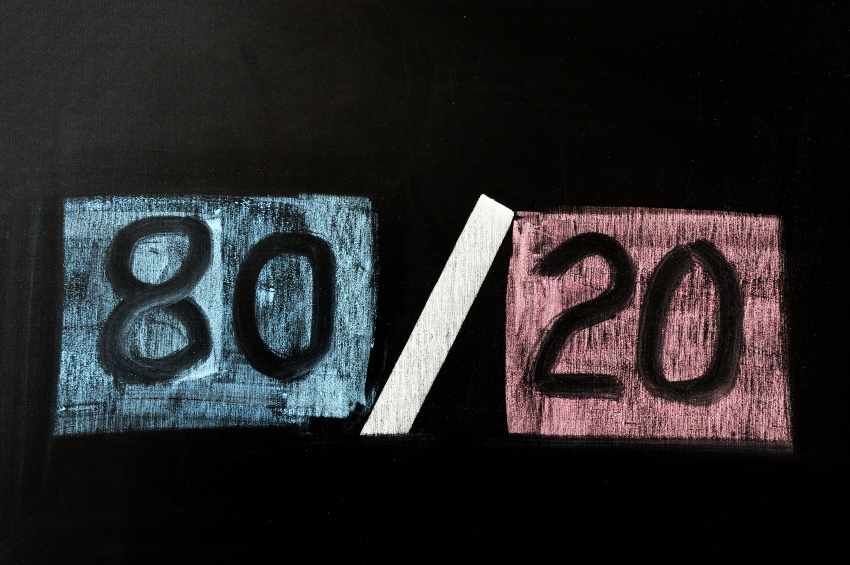 How To-Do Lists Hold Us Back

Chances are your to-do list is somewhere within arm’s reach right this moment. It’s written on a dry erase board, stored in an app on your smartphone or scrawled out on a notepad sitting at your desk. It’s your essential go-to for what to do. It’s also your biggest productivity hang-up.

A recent LinkedIn survey found that the vast majority of professionals make to-do lists, but only 11% of people with those lists actually complete everything for a given day. To-do lists may serve as a reminder of things to be done, but they often derail productivity because there are too many items and we grant each item equal importance. There’s no thought put into what needs to be done first or what can actually be left undone. Often, the order in which we do things on our lists is dictated by what was written down first.

These types of to-do lists are essentially inventory lists of things to do. They aren’t reflective of what must be done and what should be done first for maximum productivity. They don’t build day after day so that you get one step closer to your end goals. Without intent, a to-do list doesn’t lend itself to success.

Despite this, to-do lists are hard to let go of because each time we do check off an item we feel like something is getting accomplished. Experts say that some people feel a relief of guilt about getting things done and others believe checking off a to-do provides a short rush of endorphins. Feel good list-makers will be happy to know the idea is not to do away with lists, but to craft a more focused list of action items.

So what should we use in place of a to-do list? Letting go of a to-do list can be difficult, if you fail to realize that a success list will help you get more done. A success list enables you to be more focused and driven by priority. Success lists are built on the 80/20 Principle, which states that 20 percent of efforts or actions tend to produce 80 percent of results. Following this proven principle, clearly everything isn’t equal, and success requires fewer actions than most people realize.

The key is to think about where you want to go, not what you’re doing right now.

By only including the essentials the Zeigarnik Effect is less likely. This is when our minds get fixated on tasks that haven’t been done, and when a task is done, it’s quickly forgotten. With a success list there is less to be done, tasks build on one another and you have a higher likelihood of checking everything off your list.

Getting to the Essential ONE Thing

Why stop at a short success list? The 80/20 Principle, also known as Pareto’s Principle, can be drilled down even further to identify the single most important thing that’s needed to reach our ultimate goals. That ONE Thing will help us identify the 20 percent that leads to 80 percent of the results we’re looking for.

The ONE Thing resources were created to help people drill their to-do lists down to the absolute essentials. Start with your 20 percent should-do items, which could be a dozen things or 100 things. Now narrow the initial 20 percent down another 20 percent. Keep going, making your 20 percent lists until you are left with just ONE Thing.

All you have to do is focus on the should-dos and then look for the items that will produce the biggest results. When you approach to-do lists in this way it becomes abundantly clear that not everything is equal, some things matter more and ONE Thing matters the most.