Productivity Isn’t About Luck, It’s About Being Intentional

St. Patrick’s Day is a time to celebrate the Irish culture, cuisine and people. It also calls to mind a common phrase “the luck of the Irish.” Edward T. O’Donnell, an Associate Professor of History at Holy Cross College explains the origin of this phrase in his book 1001 Things Everyone Should Know About Irish American History. It turns out that the phrase actually originated in the U.S. during the mining boom of the late 1800s.

The Irish miners did particularly well. So well, that their mining success was equated to the “luck of the Irish.” While a little bit of luck may have been involved, the success of the Irish miners was based more on the large numbers of Irish that immigrated to the mining camps, their strong work ethic and sheer determination to find their fortune. In other words, the Irish worked for their luck. 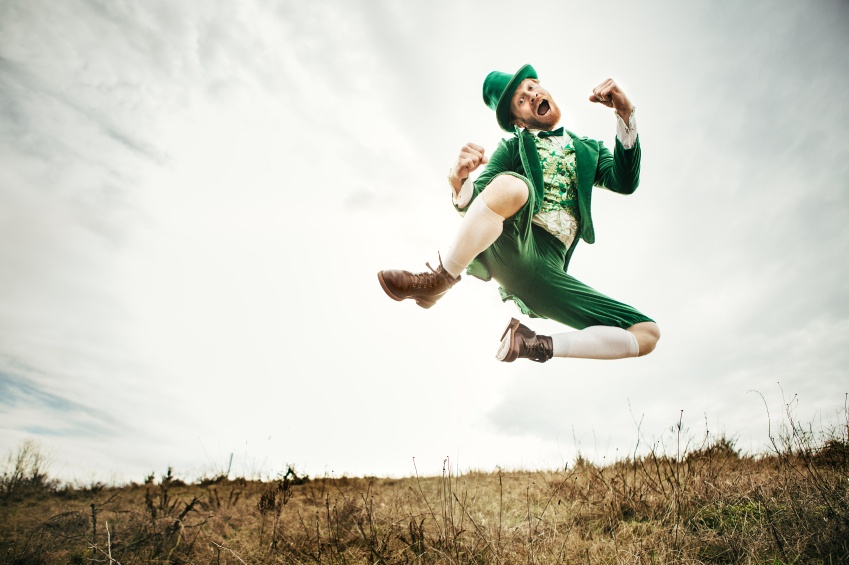 You don’t need a four-leaf clover to find your own success. When it comes to maximizing productivity, those that act with intention to block out the Four Thieves won’t need luck to achieve their ONE Thing.

Acting With Intention to Overcome the Four Thieves

Acting with intention simply means having a purpose and plan. This plan provides direction that keeps you on track. When there is intention behind everything that you do, you are inherently driving towards where you want to be. Luck, on the other hand, is blindly relying on outside forces to intervene in your favor.

Intention gives you control. You’re making decisions based on the outcome you want to achieve. But there are still many things standing in the way of your goals. Acting with intention is the best way to overcome obstacles like the four thieves of productivity.

When you know what you want and you’ve committed to following a plan that will produce results, it’s easier to say no to the non-essentials. There’s a reason behind why you say no to other requests. There’s a reason why you avoid situations where you’ll be asked to say yes to things that will take your attention away from your ONE Thing. It’s easier to say “no” when there is deliberate thought behind it—and it’s easier for the other person to accept.

The commitments you make will determine where life takes you. The more intention that’s behind what you say “yes” to and what you say “no” to, the quicker you’ll get where you want to be.

Making the conscious decision to release any feelings of anxiety surrounding the chaos that has arisen as you pursue your goals gives you the ability to truly accept it on your own terms. In essence you are taking control of the chaos by acknowledging it and intentionally allowing it to happen. You’re giving yourself the leverage to focus on less and let everything else happen without your intervention. Chaos is no longer something to fear, but something that is simply a product of your intentional focus on ONE Thing.

When you live with intention, things are simpler and everything that makes up chaos is less important. Intentionality also opens the door to creative solutions for handling chaos, because you’re able to stay focused on what matters most.

Living with intention means taking care of your mental, physical and emotional wellbeing. Intention is needed in order to create good habits and break bad ones, because it requires conscious effort until the habit becomes second nature. Life is made up of choices. Let good intentions guide your choices, and you’ll create good health habits as a result.

Each day is a new opportunity that requires decision-making. Living with intention helps you to realize that the patterns of the past can be broken so that healthier habits can form.

Being intentional in every area of your life creates purpose. When a person has purpose that’s when they start making things happen, and stop relying on luck to lend a helping hand.

When have others mistakenly thought your hard work and success was a result of luck instead?