One Habit Too Many: Why it Helps to Start Small 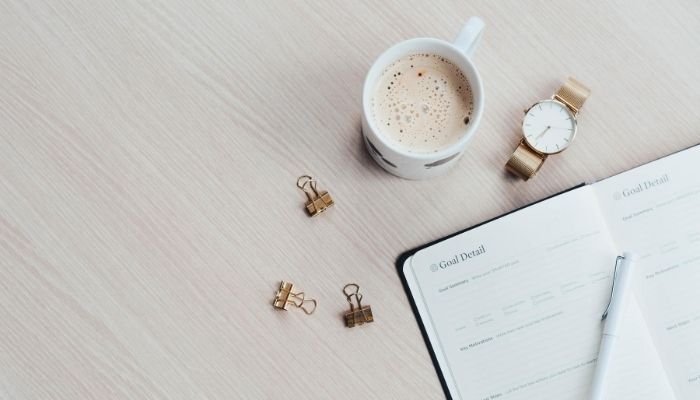 Often, when we have too much time, we feel the need to fill it up with things. New habits, fun plans, exciting new projects. But the reality is, sometimes more is just that—more. More isn’t always better, and adding more things to do to our lives certainly isn’t always the most productive use of our time.

Trying to cram in more can sometimes be counter-productive, because instead of spending our resources wisely, we’re putting too much of ourselves into too many tasks. If you’re wanting to expand your horizons and pick up more habits, the best call might be thinking big, but going small with your focus. Before embarking on a series of 66-day challenges or new goals, we suggest you consider the following:

Instead of trying to build a bunch of new habits all in one fell swoop, try focusing on creating one or two cornerstone habits. Cornerstone habits are important because they’re things we can build on—like a cornerstone of a building. For instance, if you want to build habits around getting fit, eating better, or being more productive, try starting with your sleep schedule. Not getting enough sleep has been linked to a number of things, from an increased likelihood of stroke to weight gain.

So, if you’re wanting to work towards a more productive, healthier life, fixing your sleep schedule is the perfect cornerstone habit. Take some time to evaluate your rooms sleep hygiene, and figure out what steps you can take to set yourself up for a good night’s sleep. Then, set a long-term goal for how much sleep you want per night. If you’re only getting by on five to six hours, what time do you need to go to bed to get up on time but still get a solid seven to eight hours? If that goal seems like too much to immediately hit, start by simply going to bed five minutes earlier each night until you hit your optimum time.

By focusing on one larger, cornerstone habit – sleep – you will set yourself up to build a series of larger, healthier overall habits. Because you go to bed earlier, maybe you can get up for that morning jog, have more energy to play with your kids, or feel more focused and productive at work. No matter what your goals, a smart choice is to always try and find the underlying cornerstone habit that helps you build a stronger foundation for more personal growth.

Pick One at a Time

In The ONE Thing, we talk about the six lies we tell ourselves about productivity, and one of the biggest ones is this: Willpower is always on will-call. The fact of the matter is, creating new habits isn’t easy. It can require a tremendous amount of willpower and energy to form a new habit successfully, especially if it’s something we don’t have any kind of foundation for.

The reality is, willpower isn’t always on will-call. Our willpower, much like anything else, is a resource. It is finite and needs to be recharged in order for us to accomplish the things we set out to do.

In their book discuss the ways that willpower can be taxed and our ability to focus can be compromised. In a study they conducted, participants were either given a two or a seven-digit number that they had to remember for a certain period of time, and then repeat. They were left to wait in a room that had a table with fruit and cake. While the participants thought their ability to remember the correct number sequence was being tested, what scientists were really interested in was what snack they would choose.

You see, remembering numbers requires willpower and mental capacity. For the participants who only had to think of two numbers, it was easy to make the healthier choice—they overwhelmingly chose the fruit. But remember seven numbers is a more difficult tax, one that takes up a good deal of mental capacity and willpower. Instead, they chose the cake 50 percent more often.

Building good habits and maintaining them requires the willpower and mental capacity to make sound choices. The busier we are—the more habits we try to fit in—the fewer mental resources we have to expend on making sure we stay on task or form a habit.

Rome wasn’t built in a day—and neither are habits. In fact, it usually takes around 66 days for a new habit to form. If you spread that out over the year, one habit per 66 days, that gives you the opportunity to form five new habits per year.

While that may not seem like a lot, if you take your time with building habits, you’re more likely to make sure those habits stick. You’ll be focused on one habit at a time, over the course of 66 days, pooling your extra mental resources towards making sure you’re successful. Once you have that one established over your 66 days, then you can move onto the next.

The key is to view building habits like a marathon—not a sprint. You want to set your sights on the right goal, and take slow but steady steps towards accomplishing it. If you try to much, too fast—you could end up burning out. Instead, make sure you’re being smart and staying on pace in order to accomplish what you want with all of the best tools at your disposal.

What are some of the new habits you’ve been working on forming? Let us know on our Facebook page!