Look Sharp: 6 Changes You Can Make Today to Appear Smarter 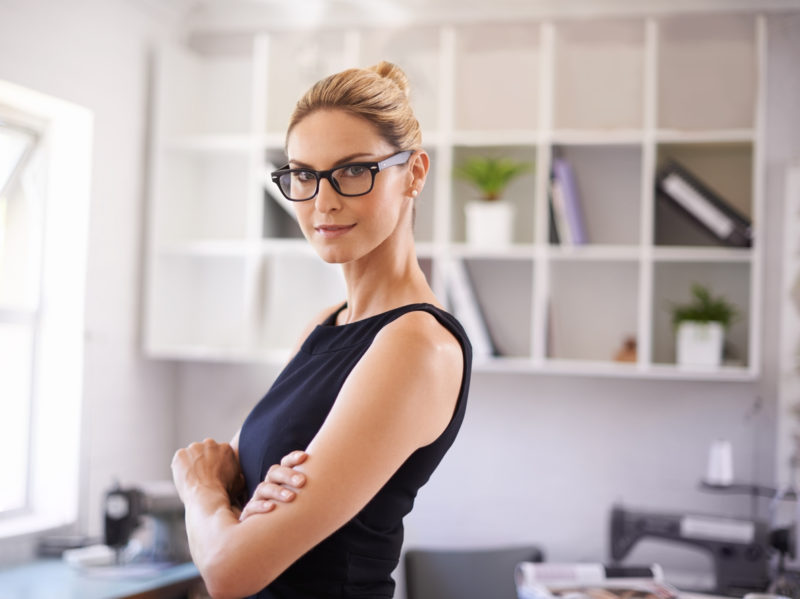 Perception is everything. No matter how often we’re told to not judge a book by its cover, human nature makes it difficult. We’re naturally inclined to make snap judgments based on first impressions, which are largely visual.

This tendency to visually assess others is exemplified in how we gauge intelligence. Even though intelligence lives in the deep inner workings of the brain, the image that we project to others influences how smart we appear to be. Science has uncovered some interesting ways we can make ourselves appear more intelligent to others.

Let’s face it. In our technocratic society, the Bill Gates and Elon Musks of the world are in the spotlight. With a few changes an “average” individual can emphasize their intellect and appear more intelligent in the office.

It comes as no surprise that a recent study from the London School of Economics and Political Science found that people who slept in later were “brighter”. Fatigue and sleep deprivation have a way of making anyone appear to be off their game. Inadequate sleep can also impair cognitive function to the point that you don’t perform as well as normal.

Put the dark circles and slow reactions to bed by getting at least seven hours of sleep every night. How to do that? Work backward from your wake up time to determine your ideal bed time.

Not long ago we examined the science behind dressing for success. Studies have shown our garb has a significant impact on how we’re perceived by others. Simply donning a lab coat is enough to make many people think you’re smart enough to be a doctor.

Other studies have shown wearing clothes that reveal a lot of skin has the opposite effect. A 2011 study found that when people see skin they don’t automatically think about intelligence. The natural inclination is to objectify the person and strip them of their psychological traits.

Maybe it’s because people are more likely to pay attention, but speaking expressively helps you come off as more intelligent. Another theory is that people who are speaking enthusiastically about a topic are thought to be passionate about it and thereby probably know more about it.

Keep in mind that sometimes it’s not what you say but how you say it that leaves the biggest impression. If you want to come off as more intelligent in your next meeting speak louder, faster and add in more vocal variation.

As cliché as it sounds, glasses really do make a person seem smarter. This one probably has more to do with social conditioning than anything else. Research out of the University of Vienna found that participants perceived people with glasses to be less attractive but more intelligent. Seems like Superman may have been trying to balance the brawniness of his superhero status with his brainy Clark Kent glasses.

People that appear to be the most intelligent exude an odd combination of confidence and humility. Confidence comes off as being sure of yourself, which in turn makes people believe you know what you’re talking about. Look self-assured and people will think that confidence is warranted. Even overconfidence is seen as a plus when it comes to perceived intelligence.

However, avoid coming off as a know-it-all. While you’d think a person who seems to know everything would be considered intelligent, that’s not always the case. Instead, people get the urge to prove the know-it-all wrong.

People who are passionate about a project but modest enough to admit when they aren’t the most knowledgeable come across as really smart individuals. It shows that you’re willing to find the answer if you don’t know it already and expand your knowledge base. Admitting you don’t know everything is particularly effective at work when you’re in a group of other smarty-pants who are familiar with the subject at hand.

If you’re a manager, supervisor or business owner keep in mind that your position of power also gives you the impression of an intelligence edge. It’s important to respect the position of power you have in a leadership role, as others may automatically assume you are more intelligent. So act confidently, dress smartly and speak expressively to engrain that idea around the office.