A Quick Tip on Purposeful Communication 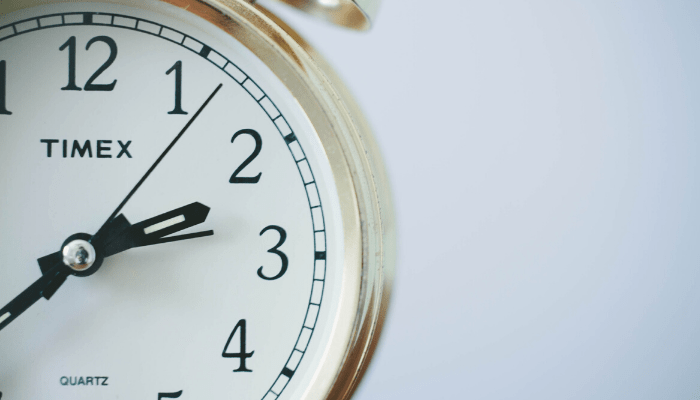 Communication lies at the center of just about everything we do. Whether we’re talking to our loved ones, our co-workers, or the whole world, whether or not we can get our message across can determine if we move our ONE Thing from point “A” to point “B.”

If you purchase stock at the right time, you could become a millionaire. If you buy at the wrong time you could lose a million dollars. Often, the difference between getting a high return for our investment and getting no return is a simple matter of the time we decide to invest and how long we’re willing to sit it out. Communication works the same way. A conversation can have an incredible return if it’s had when someone is willing and ready to engage with you. It can also have a disastrous cost if it’s had when someone isn’t able to be communicated with.

Is This a Good Time to Talk?

Sometimes identifying if now is a good time to talk or not is as simple as asking “Is this a good time for you?” But then again, sometimes that question, or similar questions, aren’t good enough.

The other day I found myself in a familiar conversation with my wife. One where one person remembered telling the other something, and the other person had absolutely no recollection of the conversation ever taking place.

As these kinds of conversations tend to go, one of us says “We just talked about this.” And the other asks, “When?” And then the other responds, “The other night.”

And there-in lies the problem.

Now, I can’t speak for everyone, but when I drive, at least 80% of my attention at any given moment is focused solely on traffic, road conditions, my speed, where I’m headed, and how I’m going to get there. With all this surrounding information, at what point is anyone able to give their full attention to a conversation?

Like we talk about in The ONE Thing, human beings weren’t engineered to multi-task. Our brains aren’t built to consciously handle more than one thing at a time. That’s why when communication matters, we should ensure that multi-tasking isn’t even an opportunity. To do that, we need to time block.

Time Block for Important Conversations and Build a Bunker

Important conversations and important messages should be planned. When we’re able to plan for when we communicate, we’re able to handle the variables that might lead to us being ineffective communicators. A lot of people have heard the advice “pick your battles.”

The second piece of advice that stems from that, that people tend to gloss over is “pick your battlefield.” This means not only blocking off time for conversations to take place, but creating a bunker that eliminates distractions.

Find a place where distractions are naturally going to be kept to a minimum. If you were Superman, this would be your Fortress of Solitude. A place off the beaten path that, if someone were to disrupt you there, they’d have to overcome a number of obstacles. Then, take measures to protect yourself and those you’re communicating with from distractions.

For that, we suggest people bring a number of provisions to their bunker so that when they get there, they don’t have a reason to leave. If it’s going to be a long conversation, pack some snacks. Get some water. If it’s early in the morning, bring some coffee. If you think you might have trouble articulating what needs to be communicated, come prepared with graphs and illustrations. Whatever you can foresee yourself needing—prepare for addressing those needs ahead of time.

Are you trying to find new and refreshing ways to get the most out of your time? Join our community on Facebook, and start a conversation about it with a supportive network of people just like you!