Is Success a Sunrise Away? The Benefits of Waking Up Early

Are you an early morning riser? Then you’re in good company. Many top CEOs, entrepreneurs and world-class athletes start their day when most people are still tucked in bed. Take Starbucks President Michelle Gaas for example. It’s not all the caffeine she drinks that gets Michelle out of bed at 4:30 a.m. every morning. She gets up early for a run because that’s when she’s free to focus on non-work matters.

There are many personal reasons why successful people get to bed early and wake up early, but there’s also research to back up the practice. Any and all of the reasons below are worth getting out of bed for. 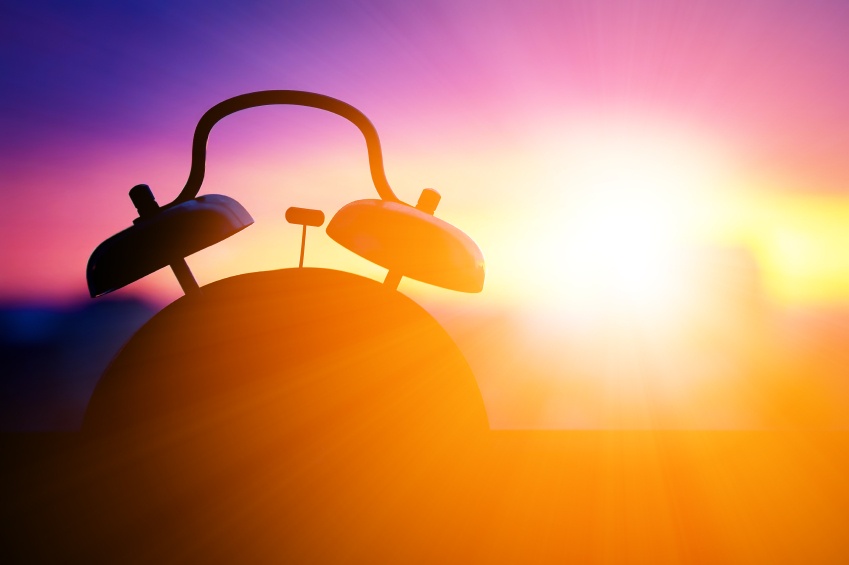 Put Your ONE Thing First to Avoid the Pile Up

The alarm goes off at 6 a.m., but that’s the only noise you hear. Early in the morning there’s a lot less going on, which means a lot less distraction. Your plate is also empty. That’s why it’s a good idea to timeblock your ONE Thing tasks early on in the day. As the day goes on, things have a way of piling up. Once your plate is full of all the other stuff, the likelihood of giving your ONE Thing the attention it deserves drops dramatically.

Your Willpower Hasn’t Been Exhausted Yet

If you’ve been following The ONE Thing blog you may remember that we’ve discussed willpower in the past – namely, that it ebbs and flows throughout the day. The more decisions you have to make as the day goes on, the more your willpower will be depleted. Because of this, willpower is typically higher in the morning when you’re feeling fresh and full of energy.

In a post earlier this month we highlighted The 5 AM Miracle podcast. The host Jeff Sanders is an obvious proponent of increasing productivity by getting an earlier start to your day. He also touts early mornings as a catalyst for being more enthusiastic and positive throughout the day.

Research from biologist Christopher Randler has found that people who wake up early tend to be more proactive and goal oriented. Is this something inherent in morning people or a result of getting out of bed hours earlier? The consensus is still out, but there is evidence that being more proactive is a response to increased conscientiousness that comes from waking up earlier. Some researchers also believe that because you’re better prepared for the day, you’ll be more proactive.

The term chronotype is used within the scientific community to describe a person’s natural sleep patterns. Being a night owl or an early bird is connected to genetic, inherent characteristics that are derived from your circadian clock. While the advent of the Internet and interconnectivity is changing the “regular” workday, by and large, business is still run on a corporate 9-to-5 schedule.

This schedule is heavily biased toward morning people. Due to social norms, getting up early is still seen as more productive. Therefore, getting up earlier will make you better attuned to the corporate schedule and working within it.

Getting up early is a decision. It’s usually not an easy decision, which is why people who rise early tend to feel that they have a better sense of control. Battling temptation and winning at the brink of dawn sets the tone for the entire day, and typically that means feeling like you can take on whatever else life throws at you.

Getting up earlier is all about creating the right habits. Although half of the population between the ages of 30 and 50 are naturally inclined to be night owls, three changes can sync these people’s circadian clocks with an early morning schedule:

Take it slow, and pretty soon you’ll be able enjoy seeing both the sunrise and sunset every day while getting more done in the hours in between.